Tokyo University of Technology (TUT) is a private university in Tokyo, Japan, which has been chartered as a university since 1986. It traces its roots back to a predecessor founded in 1947, called SoubiGakuen. TUT educates students to become engineers and information and communication technology (ICT) experts. TUT and ISTTS have collaborated in several areas such as students exchange, research/consulting project, and many more. It has been two years in a row now that ISTTS sending two teachers for doing research collaboration. They are Dr. Ir. Hj. EndangSetyani, M.T. and Esther Irawati SetiawanS.Kom., M.Kom.

On August, 20, 2019 ISTTS had a special guest, Prof. Kunio Kondo, from School of Media Science, TUT. As we have already  known the changes in society are continually driven not only by conventional forms of media such as TV broadcasts and newspapers, but also social media based on individual transmissions and content as well as media technologies that organically ?? fuse video and computer graphics. In Media Science Program, students learned how to produce video, animation, and game, they also learned about the latest media information technology based on video, CG, audio, and sound processing.

The newly evolved School of Media Science now consists of three attractive new courses. As the first of its kind to be established in Japan, the school has continued to develop revolutionary education and research, but with this renewal, the School of Media Science will offer an even more diverse array of basic media expertise and technical education, with a focus on nurturing richly creative individuals who promise to support the social media of the 21st century.

Picture of Daud and Albert who came to The Netherlands at February 2, 2020, to start final phase program at Fontys University 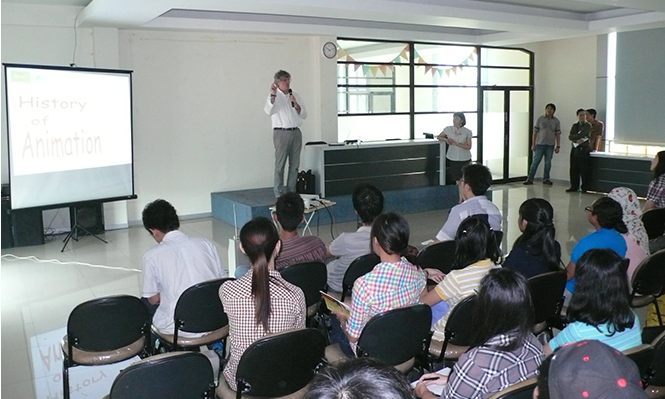 Animation has grown to become a giant company in cinema industry. How did the first animation look like? Ruben Sinkeldam introduced the history of animation from sketch to computer technology.

Guest lecture by Ruben Sinkeldam from Saxion University about how art could affect modern world. 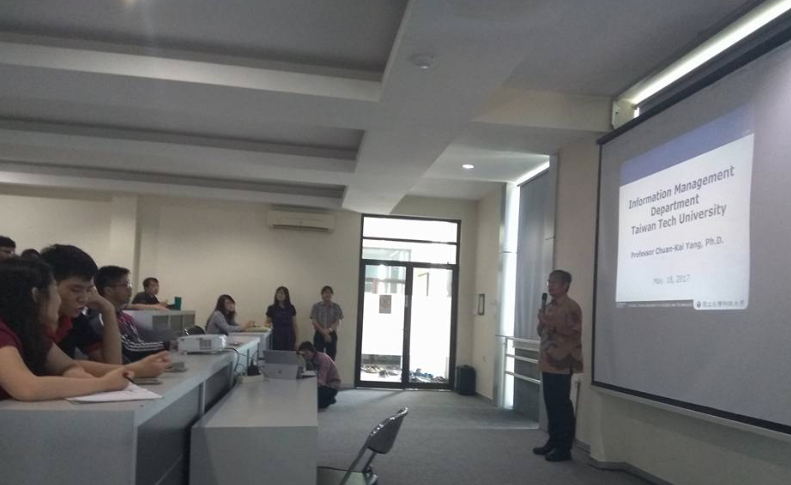 A guest lecture by Prof. Nai-Wei Lo from NTUST, Taiwan.